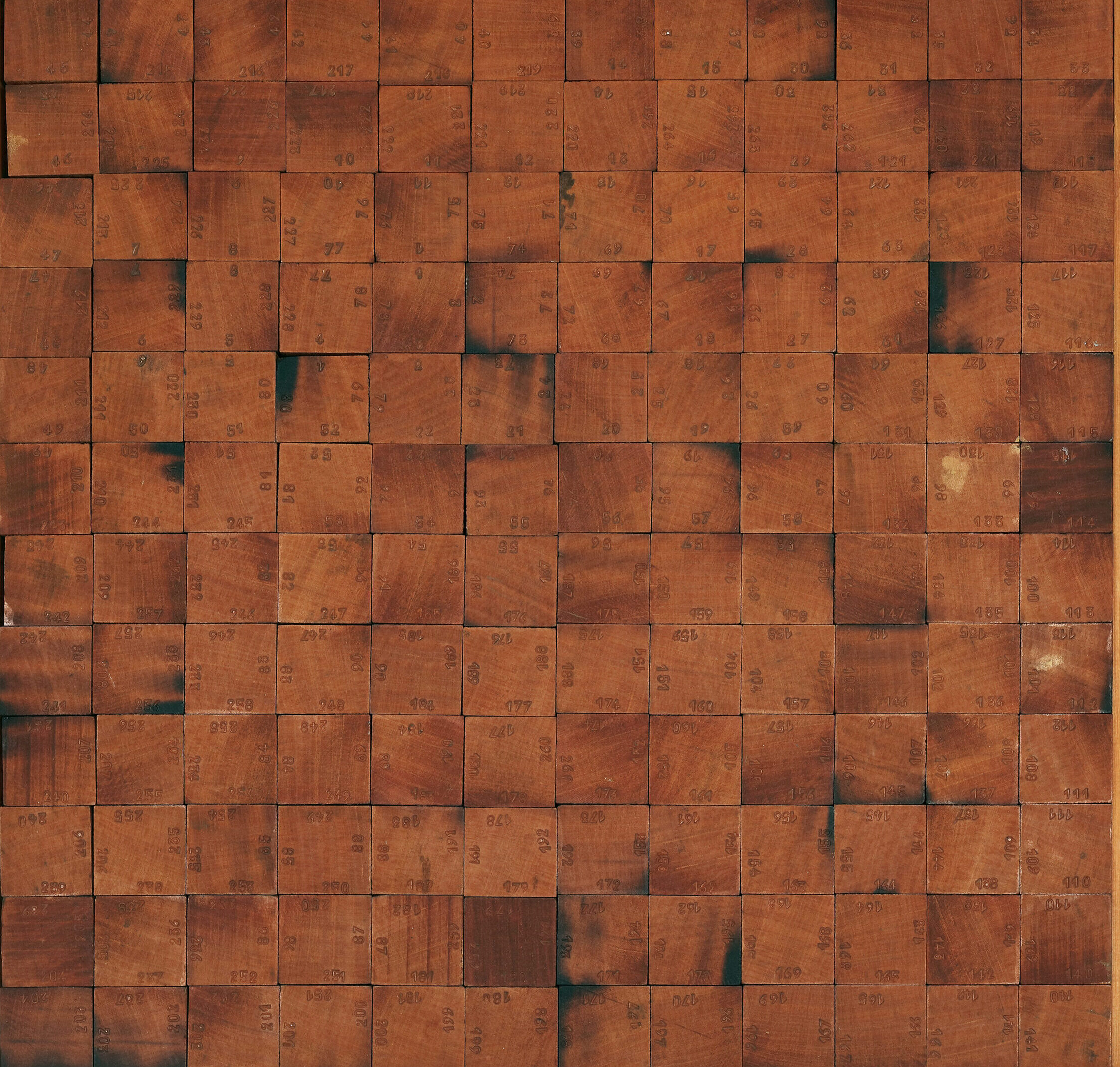 A visionary and pioneering conceptual artist, Alighiero Boetti (1940–1994) was among Italy’s most influential artists of his generation. Self-taught, he made up for his lack of an official art education with his deep interest in art theory and understanding of the art world. This is also clearly evident from his artworks. A trip to Afghanistan in the early 1970s became a watershed moment for Boetti’s career: it was here he learned the traditional craft of embroidering. Here, Boetti’s most iconic works of art had their birthplace.

Whereas many influential artists of his era focused on thought-provoking sculptures and installation art, Boetti’s most groundbreaking work was his fantastically detailed embroideries. Colourful and exuberant, they obviously required the artist to put tremendous effort into each work. He continued to work tirelessly on his complex and impressive embroidery works right up until his death in 1994. Boetti was particularly interested in the relationship and dichotomy between the orderly and the messy – structure and chaos. His art reflects these contradictions – the neat stitches forming detailed patterns that evoke associations to chaos and clutter. In Boetti’s works, chaos is underpinned by structure, order by clutter. They invariably contain something to enchant any viewer – the question of whether you are mainly interested in embroidery or art becomes immaterial as you lose yourself in the spellbinding patterns and colours.